We have continued to work on the mortuary temple that we think was devoted to the cult of a dead king (or maybe all the dead kings and queens in the cemetery). It’s a large building, and we have now nearly excavated the entire outer room with 26 columns. Stay tuned for a photo within the next week.

The temple has a series of underground chambers cut into the rock. You enter this network of rooms through doorways into two rooms that were decorated with stone columns. Each of those rooms has three further doorways (one pair of doorways seems to lead to a passage that connects the two rooms), so we have a network of at least 6 rooms and a passageway. The outer rooms are carved on a nice scale—it’s easy for us to stand up in them, with plenty of head room (I don’t think I could reach the ceiling). 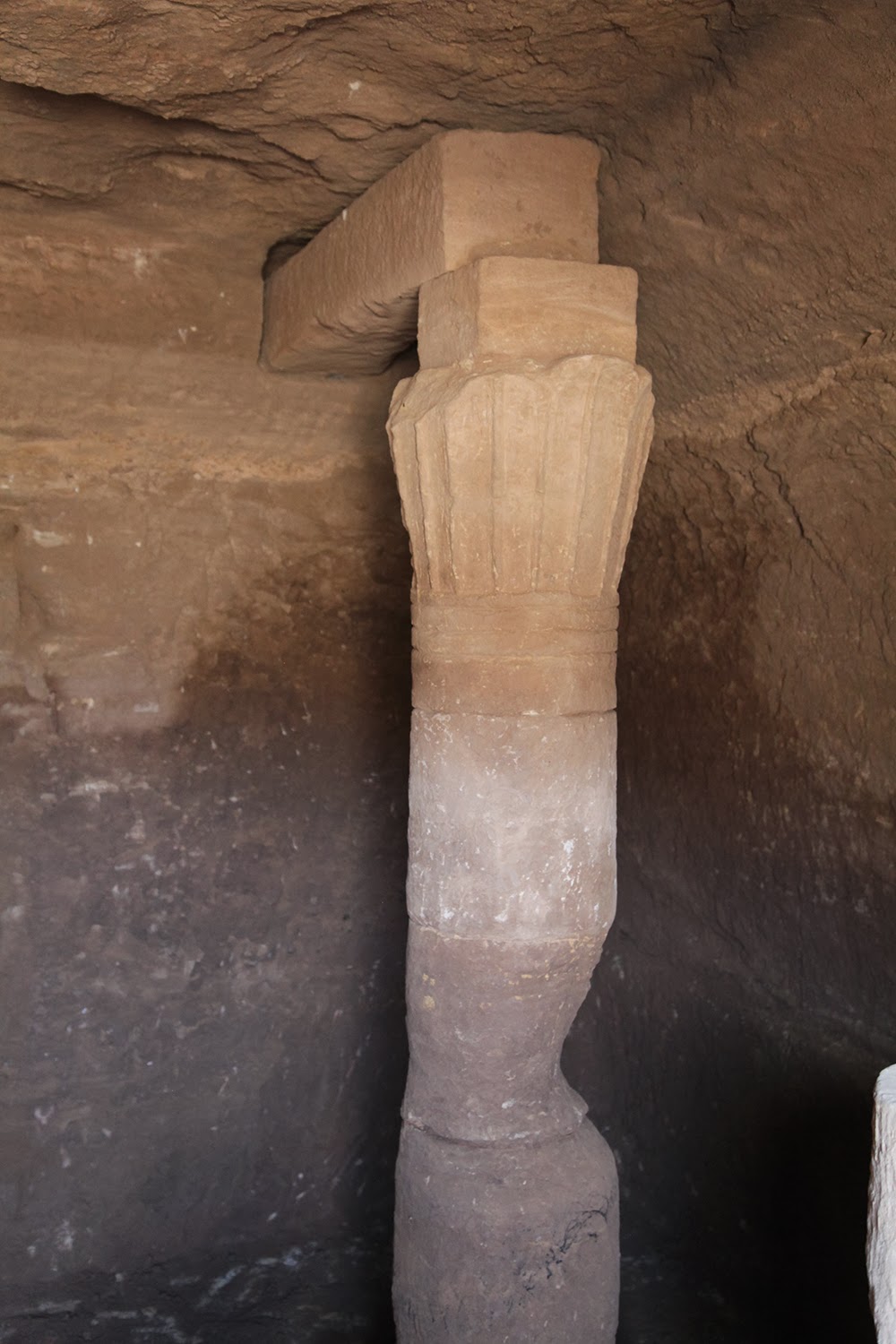 The eastern room is especially fancy—its columns have two different types of capitals. The photo above shows one pair of capitals, which are in the form of palm tree branches. You can also see in that photo what looks like a bite taken out of the lower part of the column. There was a significant erosion event in the rooms at some point later in their history in which the columns and walls were heavily worn at a single level. 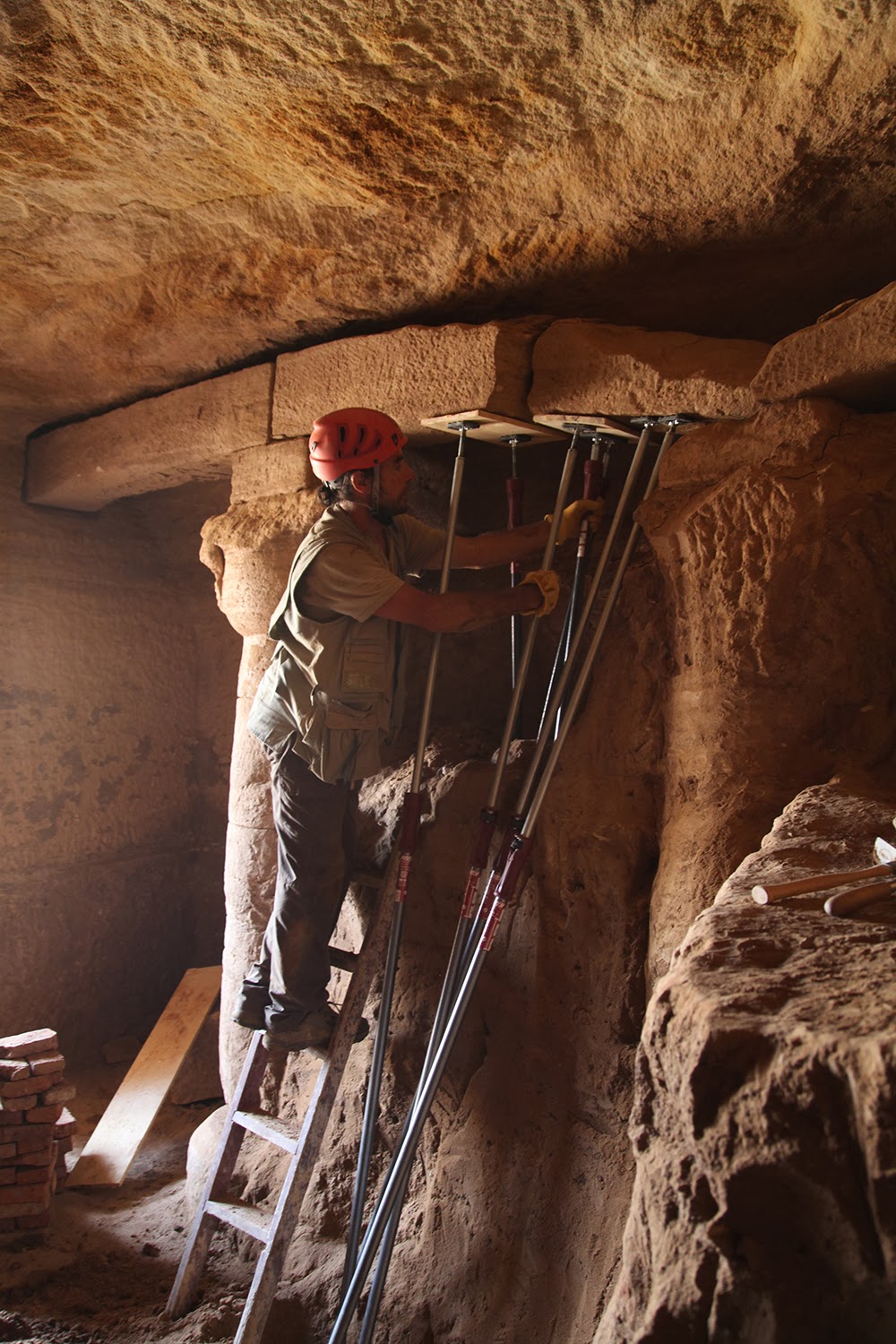 You can just see the front pair behind our architect Nacho in this photo—they have five spirals. The column that Nacho is working on was worn so heavily that it broke and slumped down, and one of the stone beams on top cracked. Nacho is working to remove the beams so that they will not contribute to further collapse of the column.

The outermost rooms were essentially empty of objects. We are still hoping for more clues as to the function of this complex of underground rooms…
Posted by Geoff Emberling at 9:17 PM