More work of the Sudanese team at El Kurru 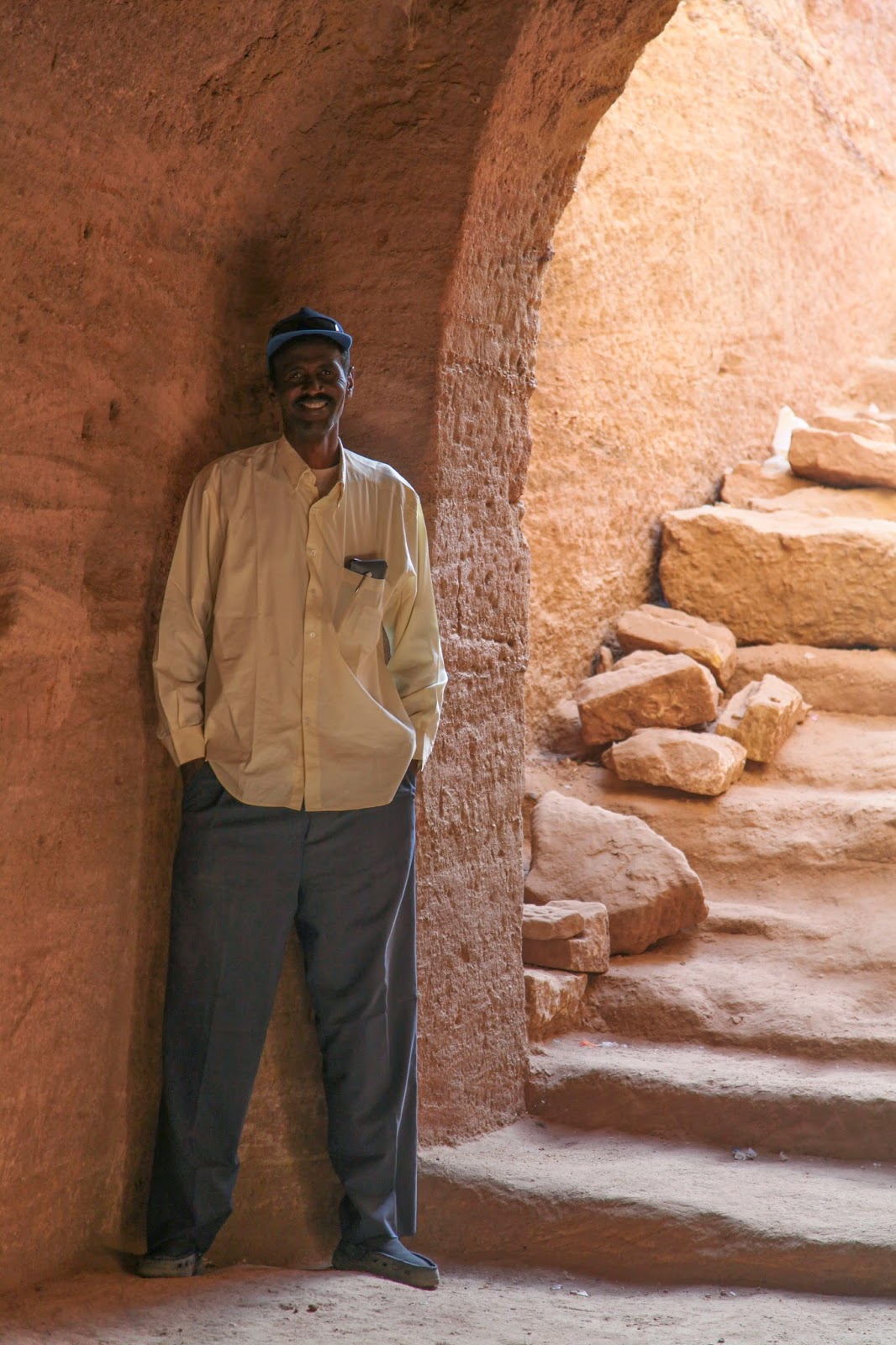 The Sudanese team working at El Kurru is directed by Prof. Abbas Sidahmed Mohamed-Ali, with Prof. Jamaal Karfis of the University of Dongola at Karima (pictured here) as field director. We have had a chance to become good friends during this field season. The Karima team is continuing to clean and restore the dramatic tombs of the kings and queens of Kush who also ruled Egypt as its 25th Dynasty.

Khensa was a daughter of king Kashta (whose name means “the Kushite”). Kashta was also father of king Piye (Piankhy), who was the first king of Kush to campaign far into Egypt. And Khensa was the wife of Piye, her brother (or half-brother), which was a common practice in the royal family of Kush.

I have my own connection to Queen Khensa. In an earlier excavation in the 4th Cataract region of Sudan, about 50 km upstream from El Kurru, we found a clay seal for an ancient jar that was impressed with the royal seal of Khensa. We found it on a gold-mining site that we were excavating, and it seems to suggest that the queen herself was involved in supervising extraction of gold from that region.
Posted by Geoff Emberling at 8:26 PM