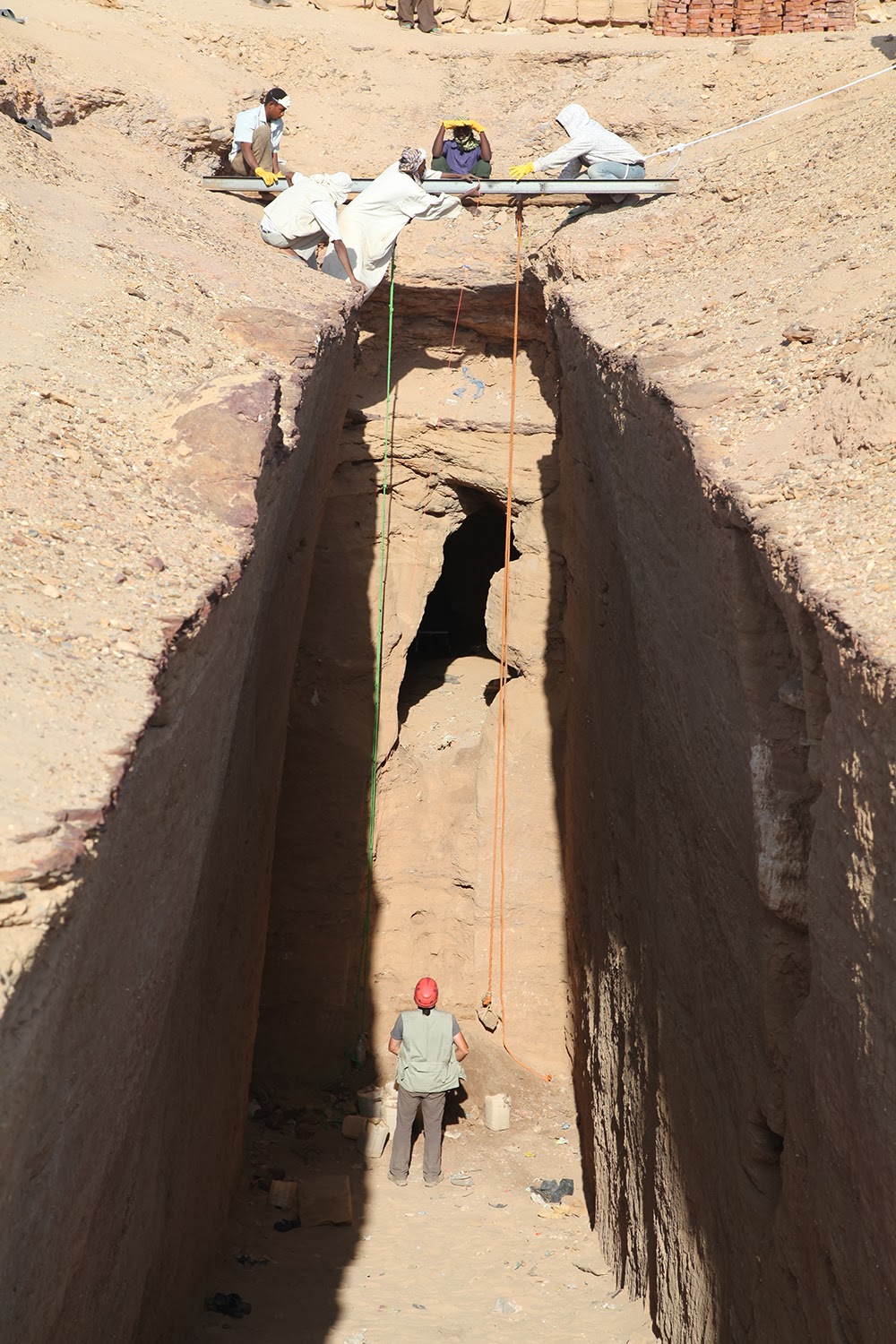 It’s been a very busy week on the dig, and I haven’t had so much time to write. But I can give an update on the pyramid now.

We had completed excavating the stairs a bit over a week ago, and opened up the door block that we had put in over the hole that looters cut into the stone.

I should say something about looting here since I’ve had questions about it…all the royal tombs of Nubia that have been excavated so far have been looted, often soon after the burial. Looters were after gold objects mostly, and they often leave behind many things that are of interest to archaeologists. So excavating a burial that we expect has been disturbed is still worthwhile.

The looter’s tunnel seemed to lead into an outer chamber that George Reisner had excavated, and from there, we could move into the inner chamber that may have been the actual burial chamber if there are not doorways leading further under the pyramid (Reisner seems to have thought that there are 3 chambers in all).

We had at least 3 problems…the first is the seemingly simple act of removing all the sand that had accumulated in the outer chamber since Reisner’s time. Fortunately, we have on our team an architect who has worked on tombs in Egypt, Ignacio Forcadell (everyone calls him Nacho—he’s in the red helmet in this photo), and he immediately began designing a platform to support a system of ropes, pulleys, and buckets that has more than tripled the speed at which we can move sand out of the chamber.

Our second problem was the fact that the ceiling of the inner chamber has collapsed, and that there is danger of further rockfall—this is why Reisner didn’t excavate the second chamber. Nacho is working on a plan to protect against further collapse.

Our third problem is the overpowering smell of bat guano. Really unbelievable—when we first got into the chamber, even holding our breath was not enough, and our eyes watered.

More on these problems soon!
Posted by Geoff Emberling at 7:51 PM