One of the surprises of our work here at El Kurru has been the discovery of an apparently extensive Christian settlement of about 900 AD. The city wall we have been tracing seems to be of this date rather than the Napatan date of perhaps 700 BC that we had expected.

We have now traced the city wall itself over a length of about 35 meters. We have taken a series of kite photographs that are joined together by photogrammetry software called Photoscan into a 3D model that can be rotated and viewed from any angle. Photos and model by Kathryn Howley of Brown University and Martin Uildriks of the University of Leiden. Here is an early example of a view taken from the digital model of the city wall. 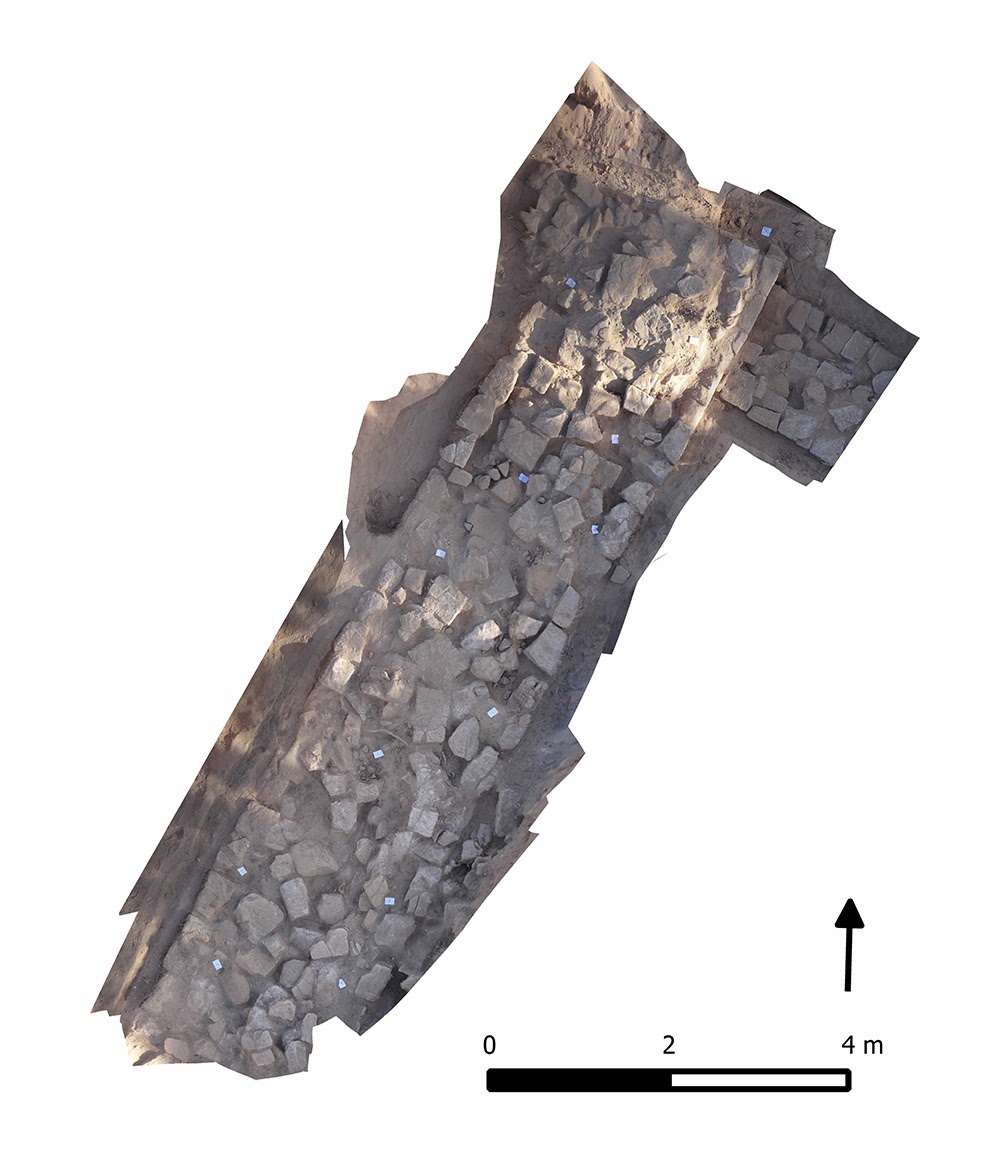 The excavator who has been responsible for most of the work along the city wall, Martin Uildriks has also located and excavated a gate in the wall. The photo shows several door sockets that show that the gate was built and rebuilt. It also shows a massive piece of petrified wood that was used as a threshold during one of those phases. There is a petrified forest out in the desert to the northwest of El Kurru, and although we regularly find large and small pieces of petrified wood in our excavations, this is the first time we’ve seen it used in architecture. 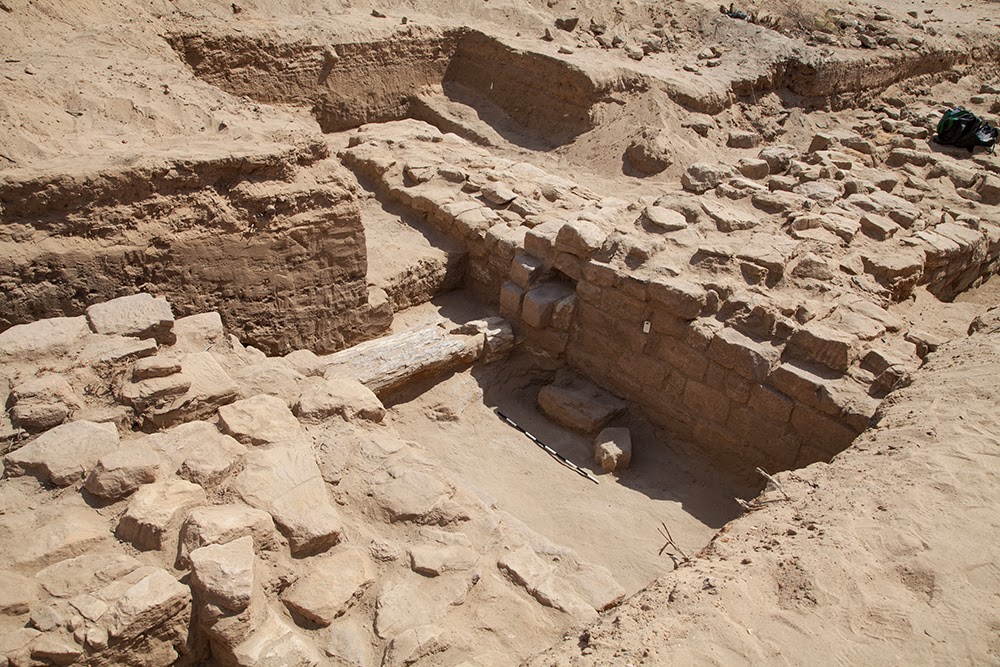 Another excavator working in this area is Dr. Tim Skuldboel of the University of Copenhagen. One of his soundings against the city wall gives us a glimpse of the Christian settlement—part of a small house, with a hearth in one room. In a later phase, the house collapsed and was used as a location to dump trash, and finally, burials were dug into the deposits. 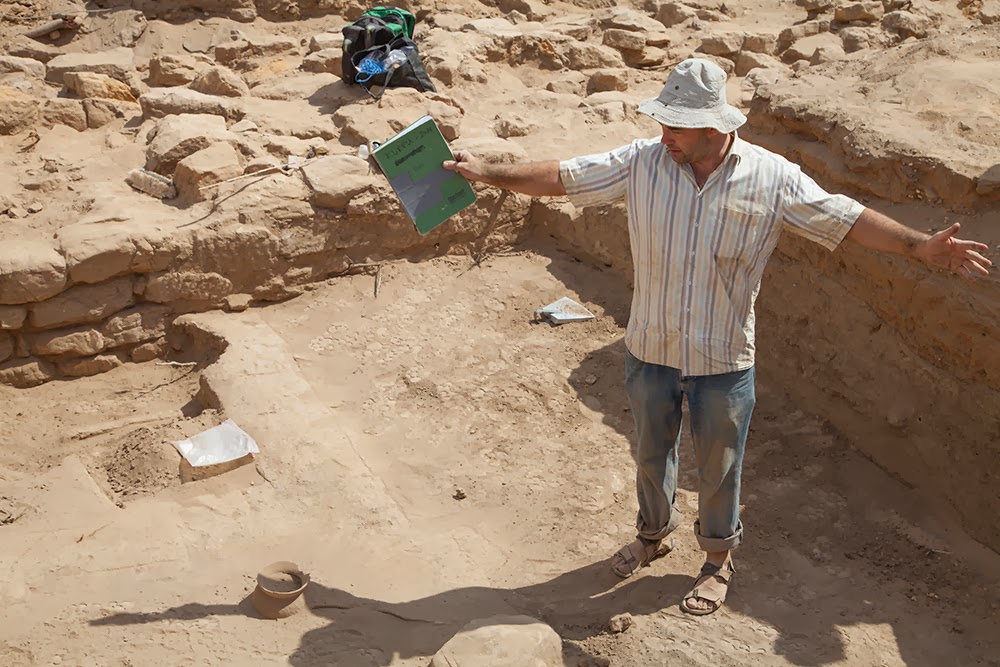 Posted by Geoff Emberling at 8:32 AM