Village on the Nile 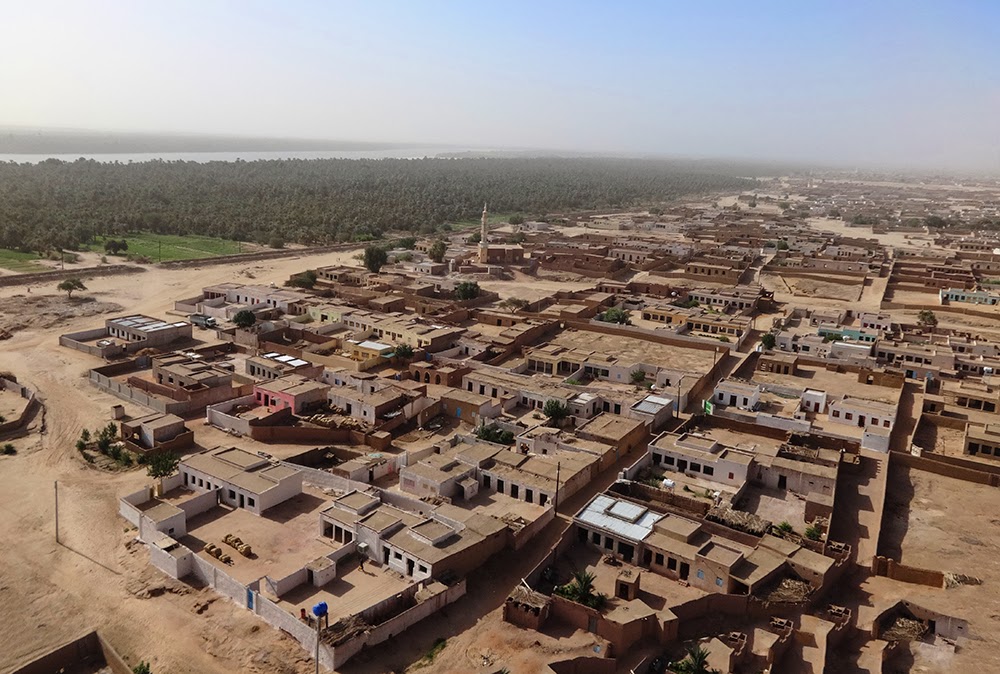 This photograph was taken by Kathryn Howley, a graduate student at Brown who is a member of our team. She’s using a variety of advanced photographic techniques to document our work, including using software called PhotoScan to stitch together lots of kite photographs to produce 3-D models of the landscape around El Kurru. I’ll put up other examples of her work during the season.

For now, though, this single photograph really captures the feeling of El Kurru village. It’s a relatively small section of what is a nearly continuous band of settlement along the Nile in Sudan. You can see the Nile in the background, a band of palm (and mango) trees that are irrigated by diesel pumps from the Nile, and then the village, which is on the desert fringe.

It’s interesting that life goes on now without much direct contact with the Nile. Travel is often easier along roads further out in the desert, and with wells and pumps, we don’t even see the river most days.

In ancient times, of course, the relationship to water would have been much more direct. Before about the 1st century BC, irrigation was only possible using a shaduf (a bucket on a pole with a counterweight), and this meant that the band of irrigable land here would have been much narrower. The introduction of waterwheels in the later Meroitic period made possible an expansion, but even in 1919 when Reisner came to El Kurru, there was only a thin band of trees along the Nile here.

Posted by Geoff Emberling at 8:23 PM