Entrance to the pyramid burial chamber 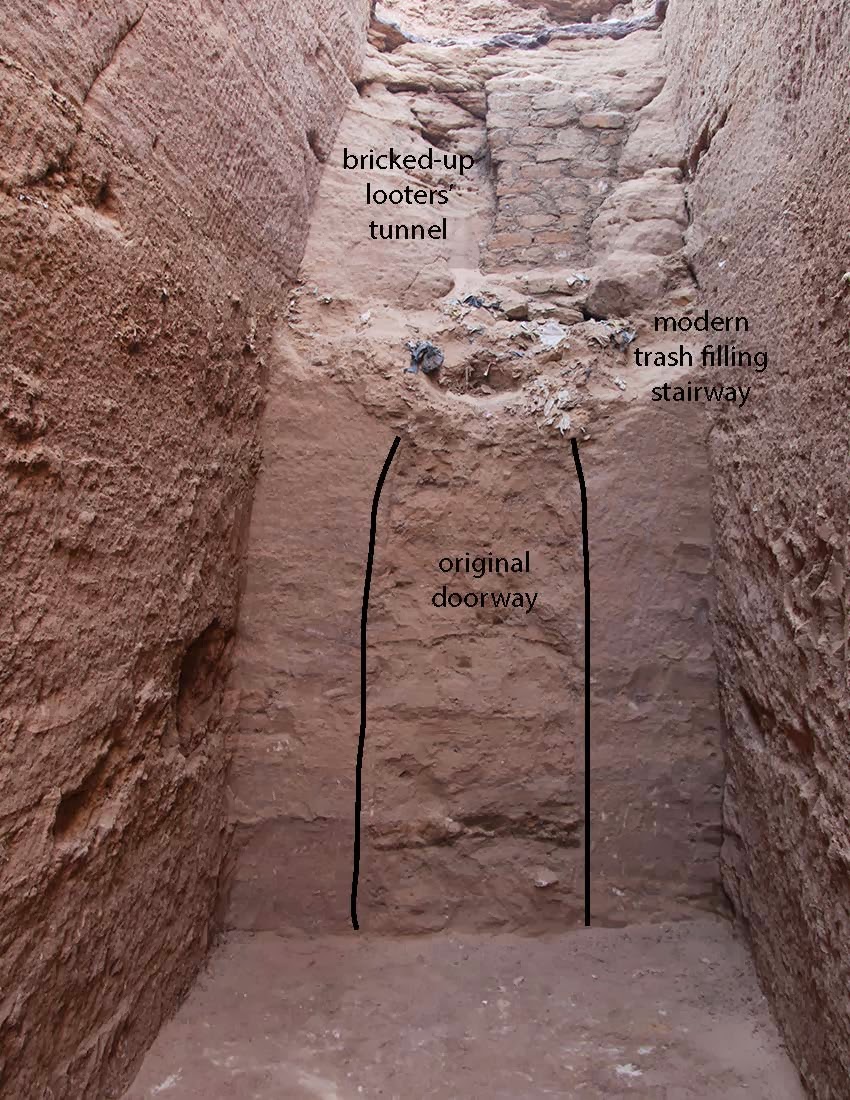 On Thursday, we reached an amazing moment in our exploration of Kurru Pyramid 1: we uncovered the doorway to the burial chamber.

All of the royal burials were looted, and the looters took different paths into the tombs. Sometimes they dug through the sediment that filled the staircase, reached the stones that blocked the entrance, and entered the tomb that way.

In Kurru Pyramid 1, they didn’t dig 7 meters down to reach the original doorway, but only about two meters under the surface, where they just dug through the rock and broke into the top of the outer room, which had a ceiling about 5 meters high.

You can see where things stood for us on Thursday—the tall and narrow original entrance, the bricked-up looter’s tunnel, and the remains of the layer of sand and trash that had accumulated in the pyramid staircase since Reisner’s excavation. We have lots of work ahead of us.
Posted by Geoff Emberling at 6:19 PM