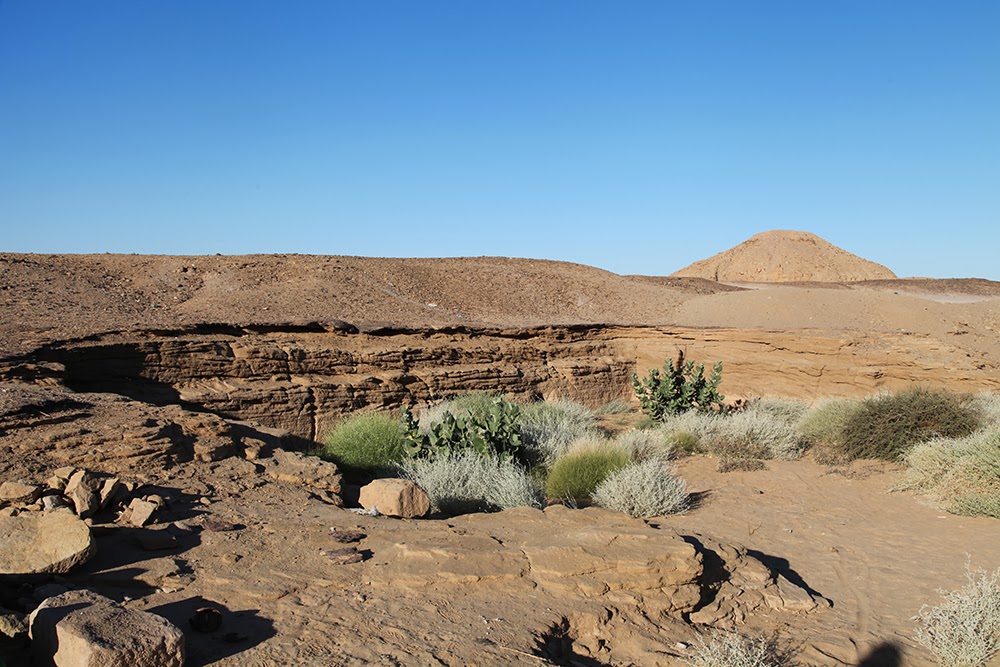 Last year (http://www.lsa.umich.edu/kelsey/fieldwork/currentfieldwork/elkurrusudan/2013sudanblog_ci), I wrote about the building that may be a “mortuary temple”—a temple devoted to the cult of a dead king. At the end of the season last year, we filled in what we had excavated, and covered up two doorways to underground rooms cut into the rock. These rooms are interesting and mysterious, because there is only one other building that has them, and since they were excavated by Reisner, we have very little information about them.

During the off-season, there was a big rainstorm out in the desert, and the wadi that runs past the temple overflowed, filling the temple with mud, removing our blocking on the doorways, and even getting into the underground rooms. The photo we took at the beginning of the season shows all the plants growing in the temple.

In fact, this flood didn’t do any significant damage, but when it went into the inner room, it exposed another doorway that must lead to a room deeper in the rock! You can just see one corner of it behind the mud in this photo. We are working hard to get into position to excavate that area this season. 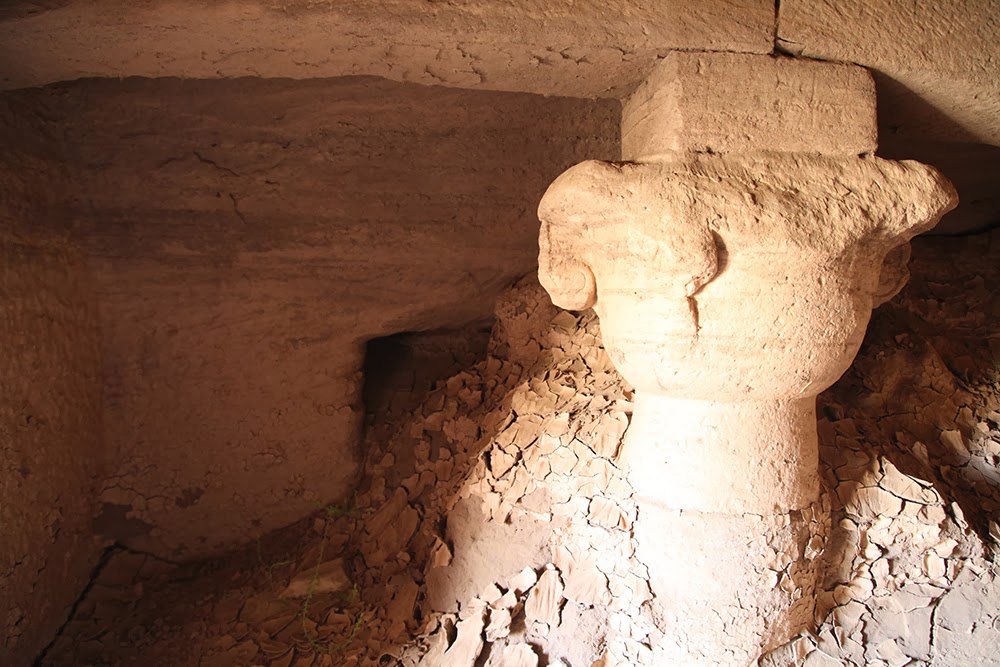 Posted by Geoff Emberling at 8:34 PM