Return to El Kurru: The Temple

We arrived in El Kurru having heard that there was some new graffiti in the funerary temple we had excavated last year, and I was concerned about my first visit to see the damage. Our small brick wall to reduce water erosion had worked well despite heavy rain, and the small barbed wire fence was still somewhat in place. 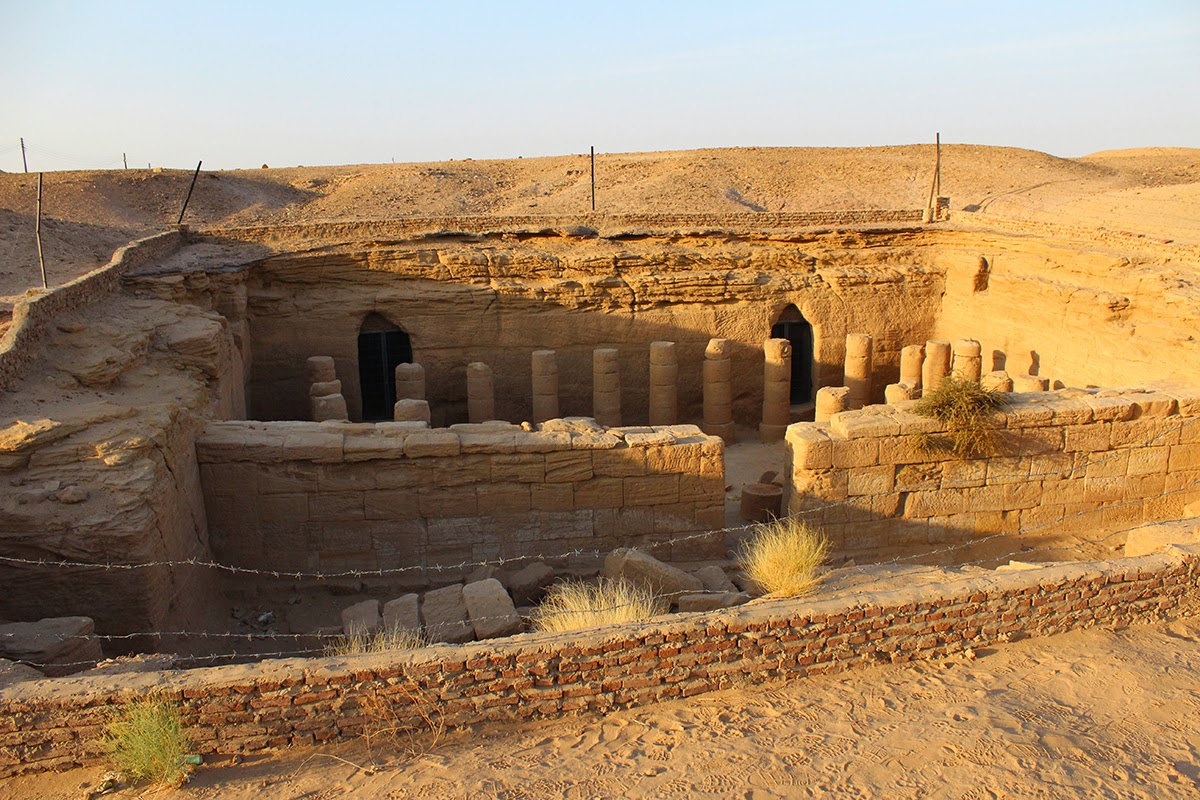 But I was shocked when I visited the temple the morning after we arrived—two columns had been toppled over, and the soft Nubian sandstone of two of the column drums had just shattered. A punch in the gut. Apparently the columns had been pushed over just the previous night—associated with our arrival, but seemingly from all we can find out not aimed at us. Certainly people in the village have been extremely friendly as before. 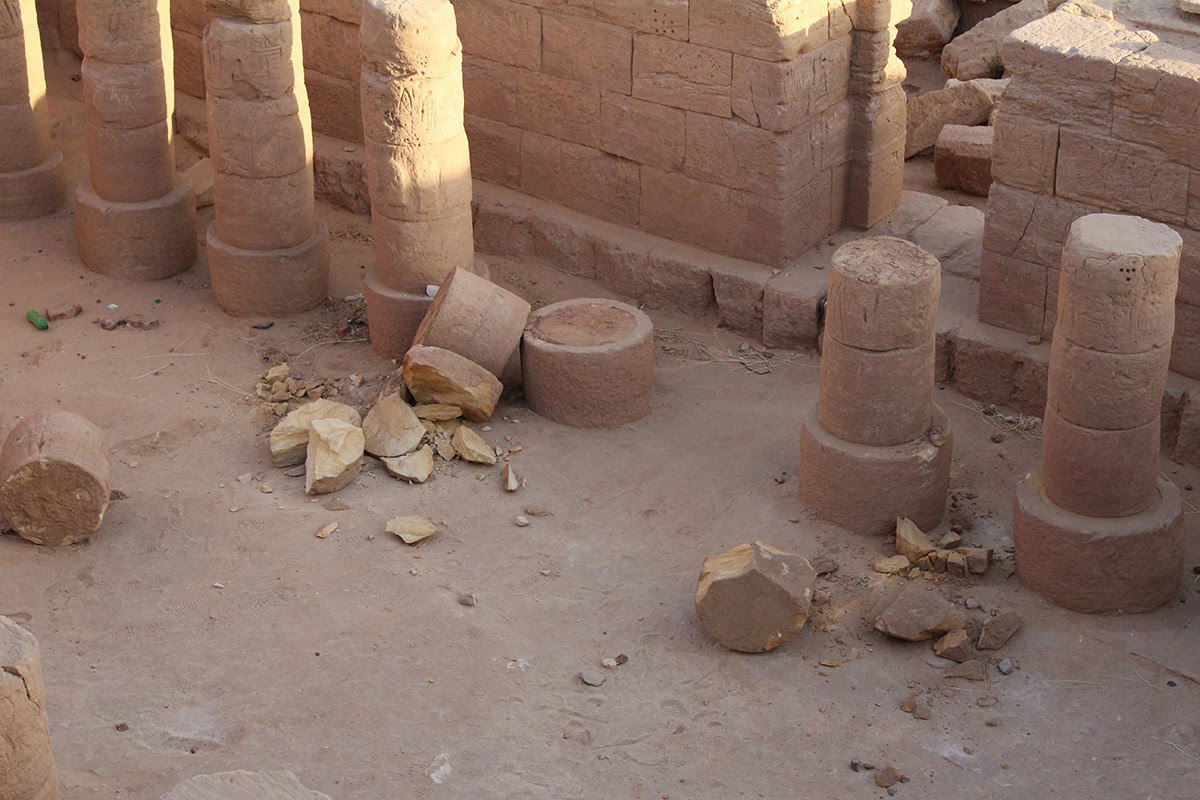 Thankfully, we had made detailed photographic records of all the columns last season, and particularly the intricate ancient graffiti on them. The photos can’t replace for the shattered columns, but they are much better than nothing.

By comparison, the 10 episodes of graffiti in the temple were not nearly so destructive, as they were all placed in non-decorated parts of the columns and walls, although we clearly have to figure out a solution to stop this for next year. For the moment, we’ve set up a tent for the police next to the temple site and they will provide 24-hour security.
Posted by Geoff Emberling at 6:18 PM