Return to El Kurru: The Pyramid 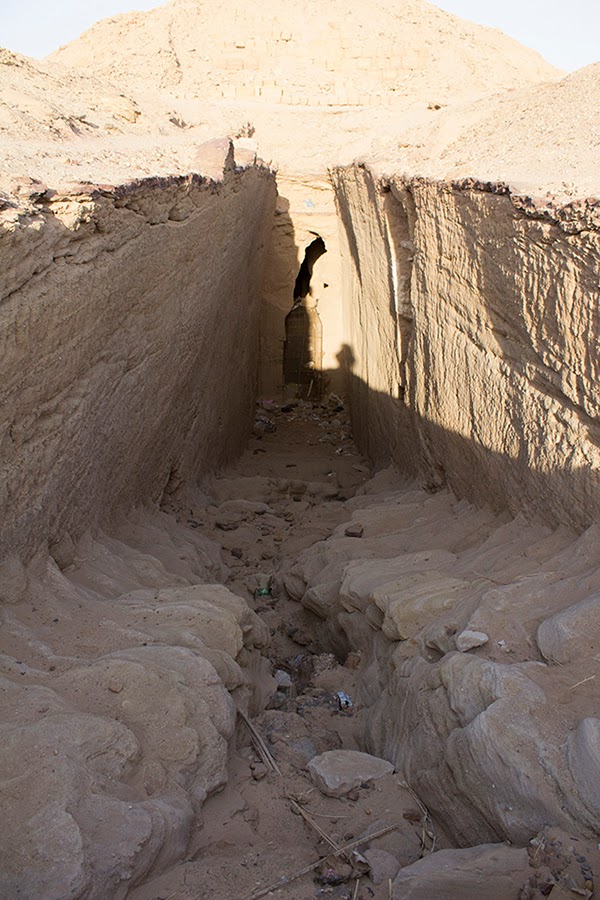 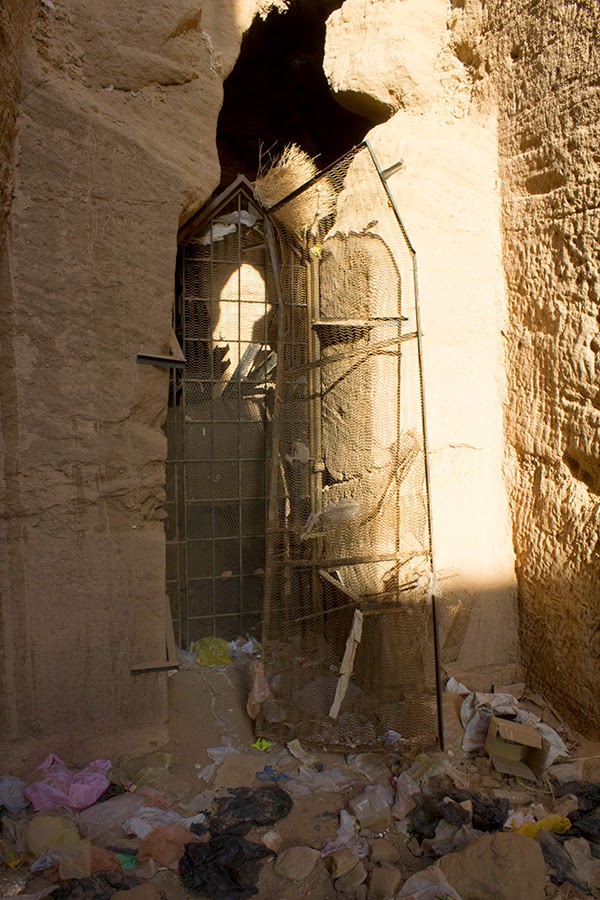 The condition of the burial chamber of Pyramid 1 was better than the temple, fortunately. We had blocked the door into the pyramid burial chambers with a door that was in two parts—a lower part that roughly matched the original doorway, and an upper part that attempted to fill in the looters’ cut above it, both covered with mesh. The upper section was down when we arrived.


One of our workmen claimed it was blown in by wind, but this is dubious at best as there was a rope left dangling into the space left by the fallen section. There could be no damage to the burial chambers themselves because we had left a considerable quantity of sediment in the outer two rooms (using them to contain fill from the innermost room), and the innermost room retained its massive fill of 4.5 m of sediment capped by 1 meter of stone.


However, the opening was inviting to bats and they have reoccupied the pyramid, leaving a thin scattering of droppings…not nearly as noxious as at the start of excavation last year.
Posted by Geoff Emberling at 6:35 PM