Because we spent much of our effort clearing monumental remains whose fills were largely empty, we did not find as many objects as we normally would during the course of an archaeological season. There were, however, several contexts that were rich in nearly whole ceramic vessels.

One of these was a later occupation level in the Temple that was associated with the graffiti. In all, we have found about 20 large jars from this level, all dating to about 100 BC (the Meroitic period). Some of the jars were complete and used for storage, although no clear evidence for what they stored was preserved. Others, though, were found upside-down, with their original bases removed, and containing burned plant material. The traces of burning were not particularly extensive, and it does not seem likely that these were daily cooking features. But they may have been used for special-purpose cooking, or burning of incense, or perhaps even just lighting, as they were found around the edges of the outer rooms of the temple.

Our conservator, Suzanne Davis, re-assembled the pots found in the temple this year. Here are two of them--a beer-jar and an urn with handles. 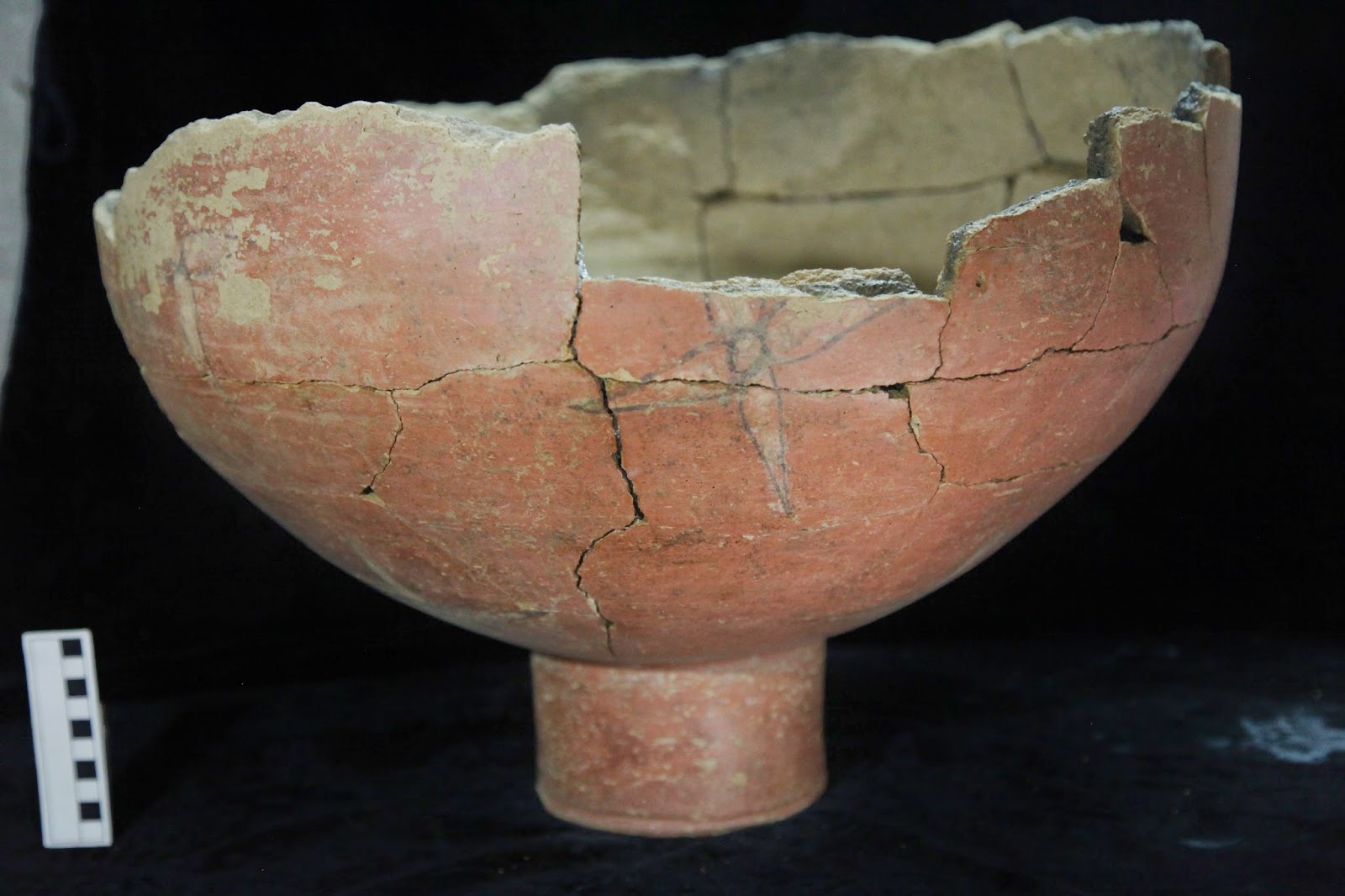 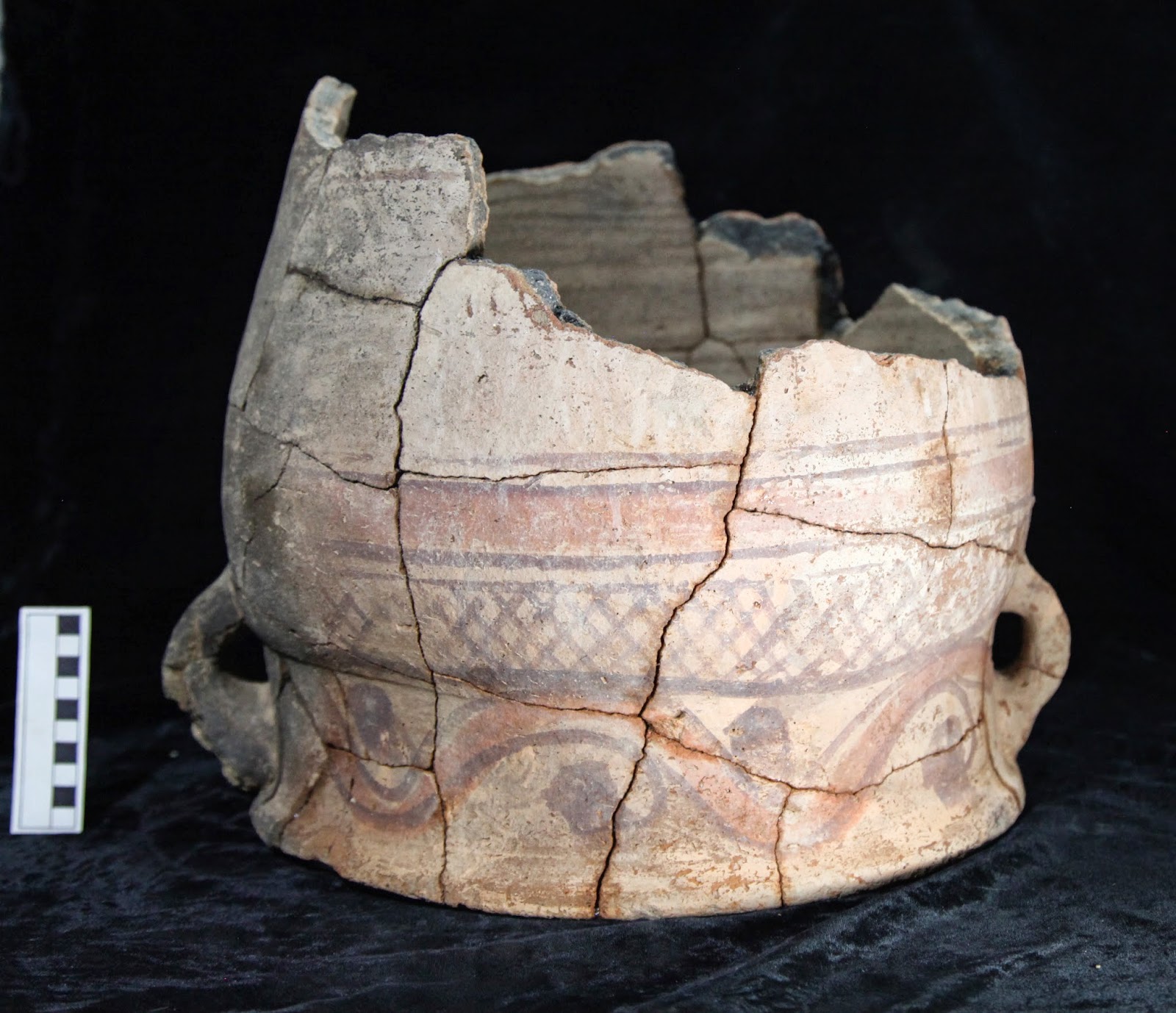 Another group of pots came from a modest Christian-period house against the city wall. They are all cooking pots dating to somewhere around AD 900. 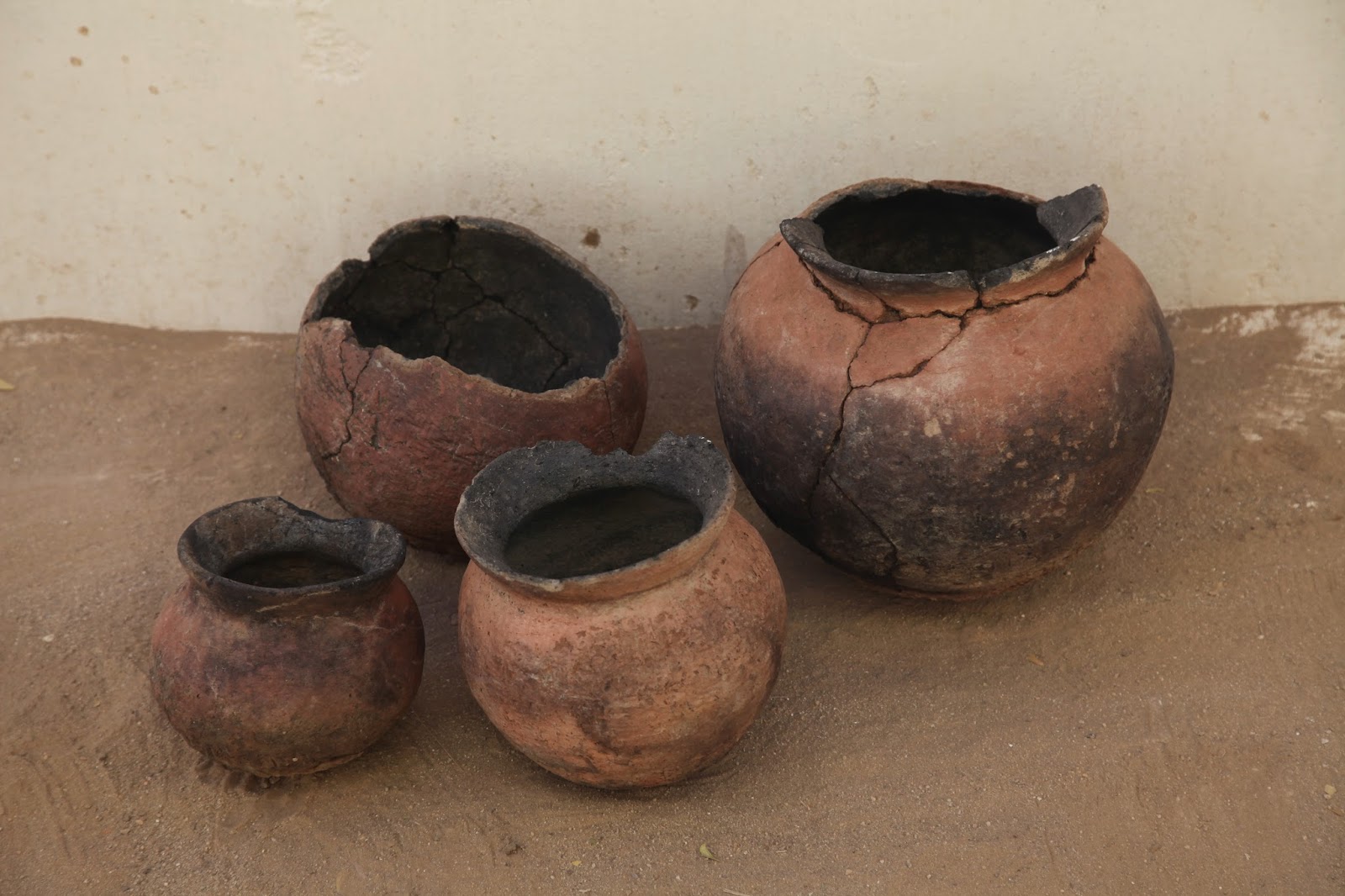 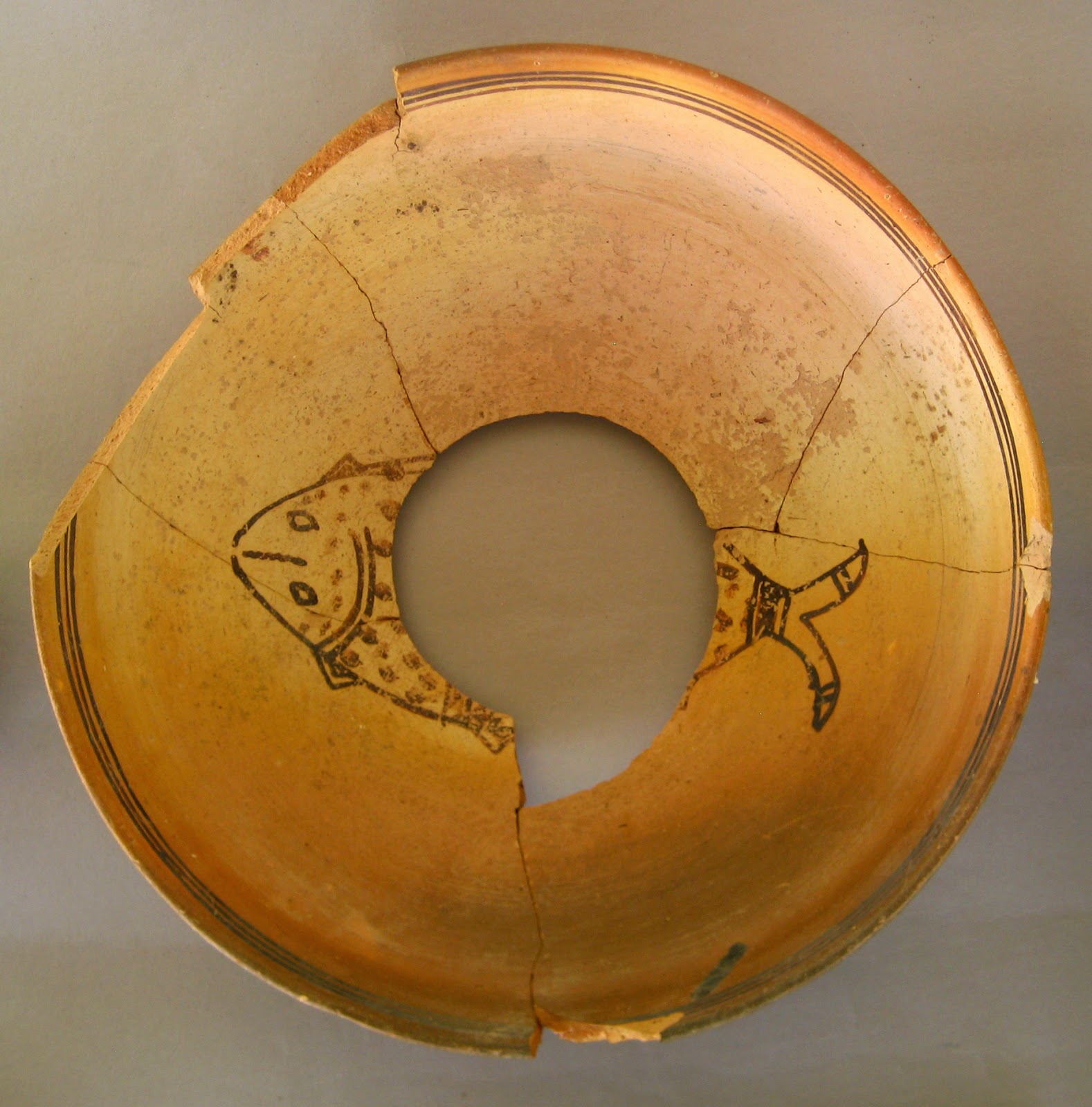 A single dish also from this general area shows how nice the Christian-period pottery can be. Painted with a design of a fish (a symbol for Jesus), it is well-made and nicely finished. We were disappointed that we did not find the middle of the design, but after excavating the area carefully and even expanding our excavation, we did not recover it. Perhaps the dish was discarded because it was broken in antiquity.

Perhaps our single most interesting object was a metal buckle found at the bottom of the Christian-period deposits. Made of bronze, it had an iron pin that was mostly rusted away. We might have been tempted to think this was a recent piece, but its archaeological context makes it clear that it is over 1000 years old. 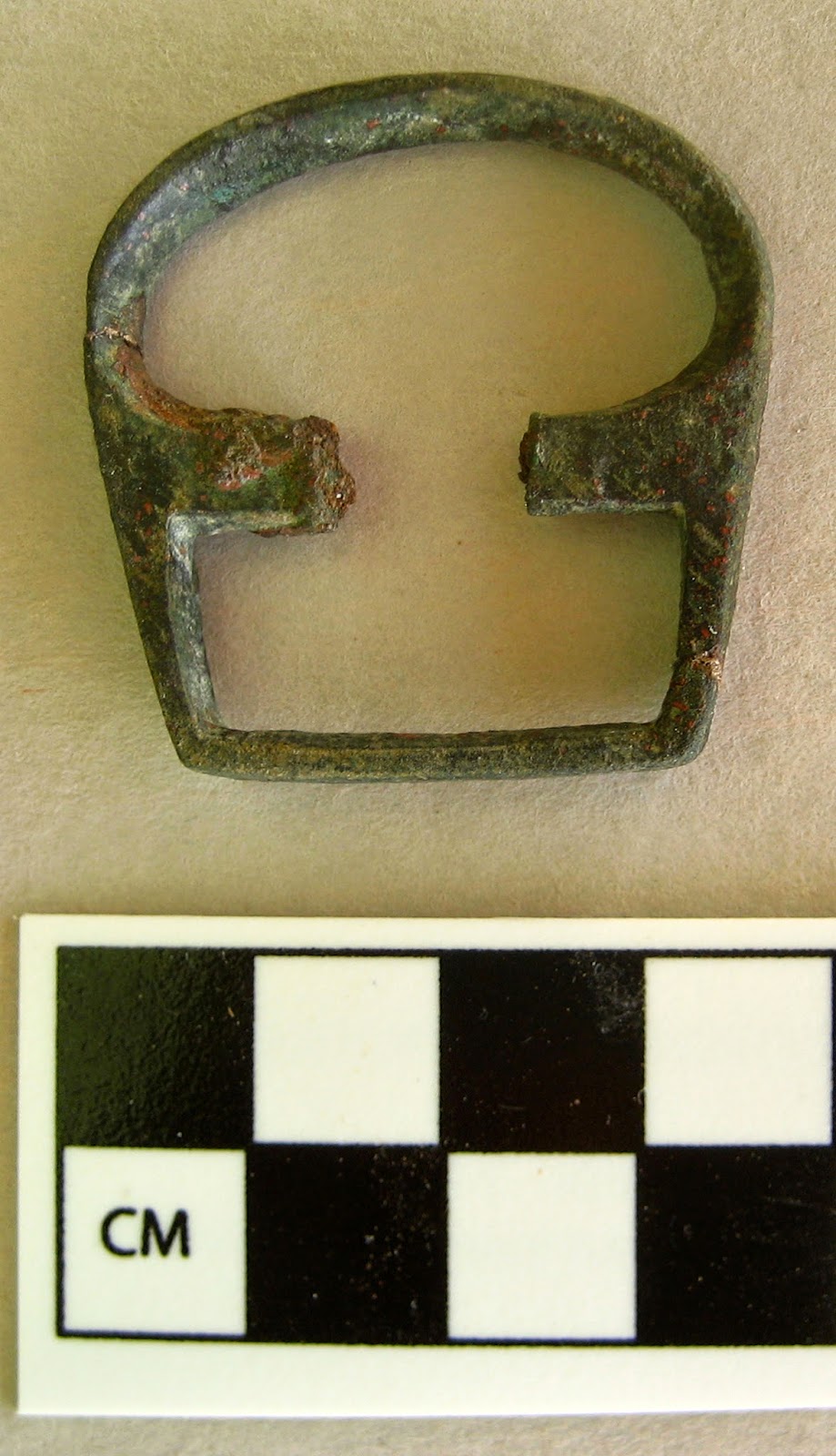 Posted by Geoff Emberling at 9:02 AM